Designing the joint Freifrau Sitzmöbelmanufaktur/Janua Möbel stand for the imm cologne 2019.
With its open, transparent appeal, this trade fair presence awakens curiosity and invites passers-by to stop in. Playing with the contrast between complementary shades of cinnamon and petrol, the stand is centred around a bar table at its heart in which the warmer tones dominate.
The key design element is a range of colour lines which, executed as three-dimensional installations, circle around new pieces and bring them into focus; integrated into the sides of the stand as a specially designed wallpaper, they then surge upwards to create a spherical atmosphere within the temporary exhibition space. 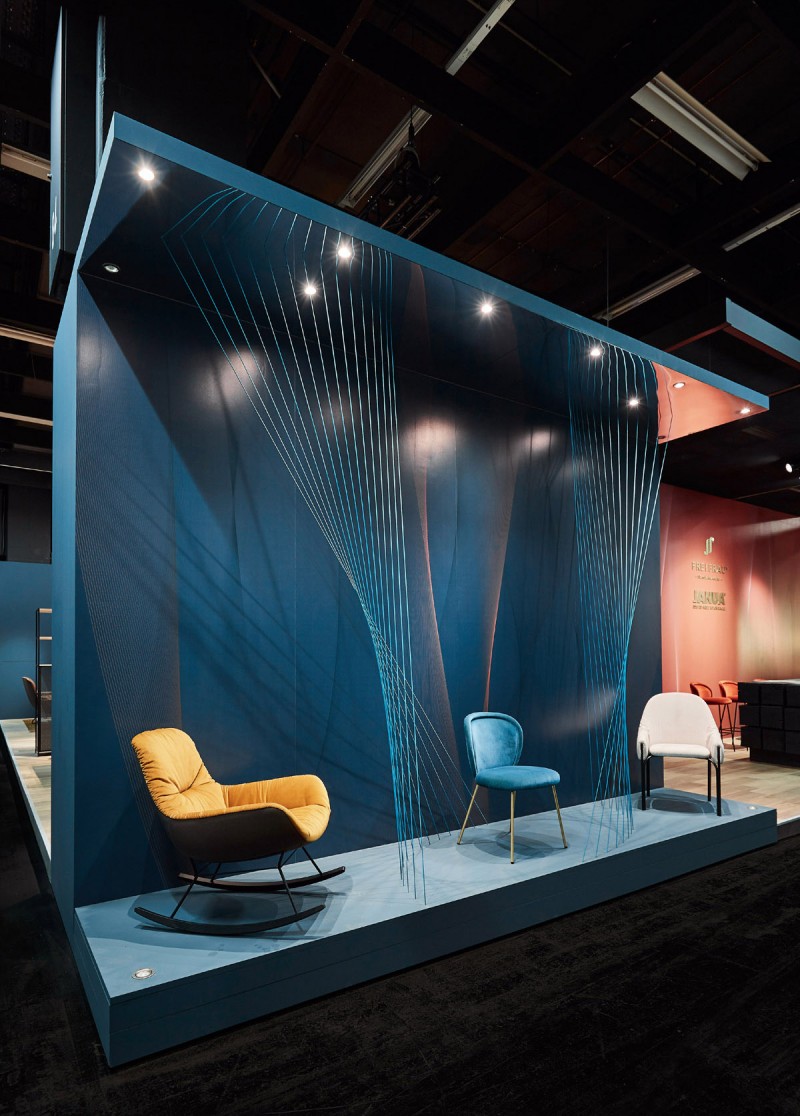 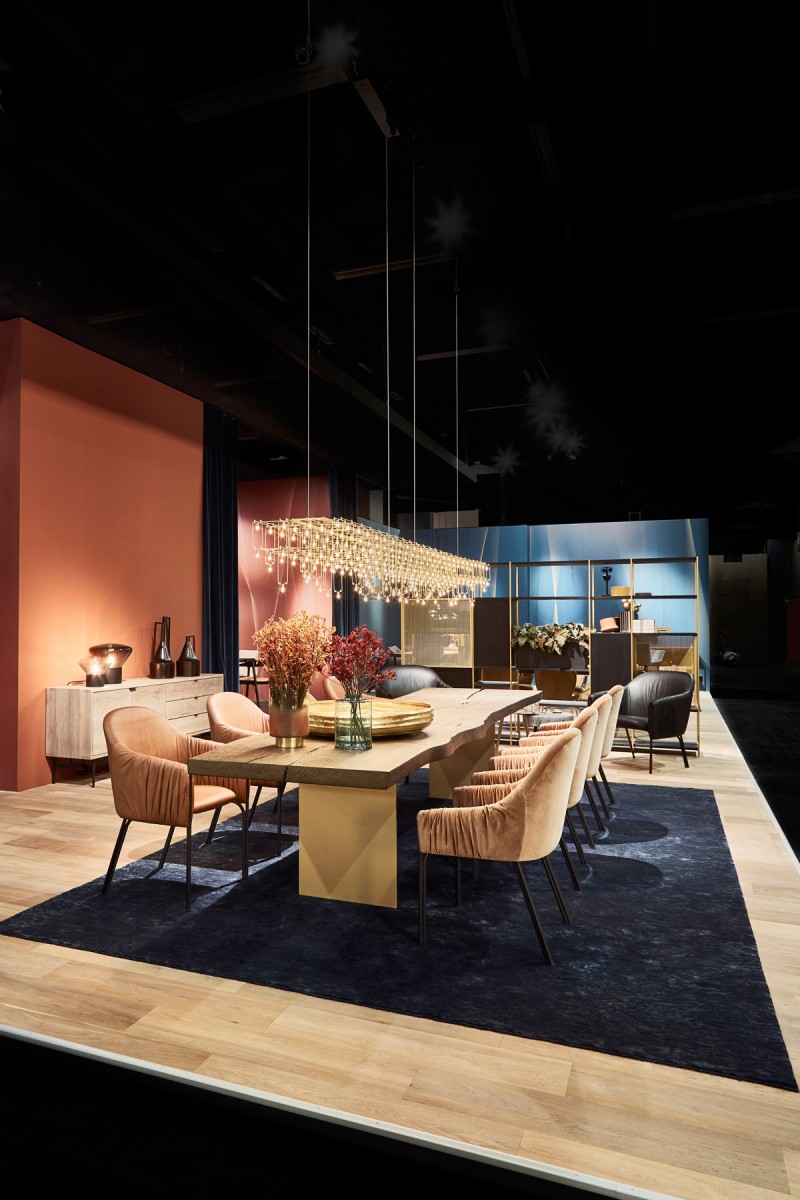 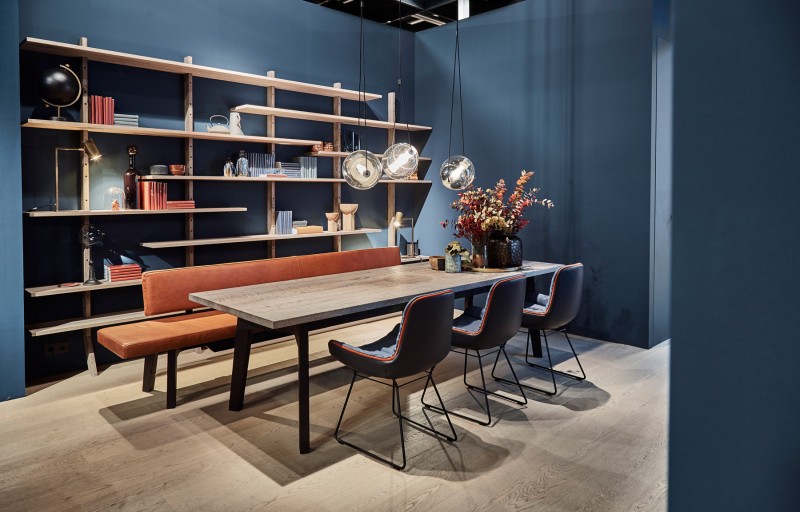 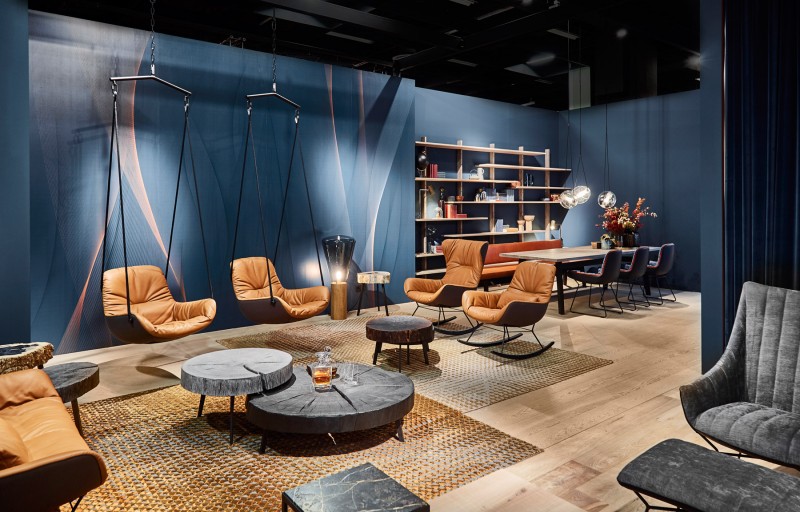 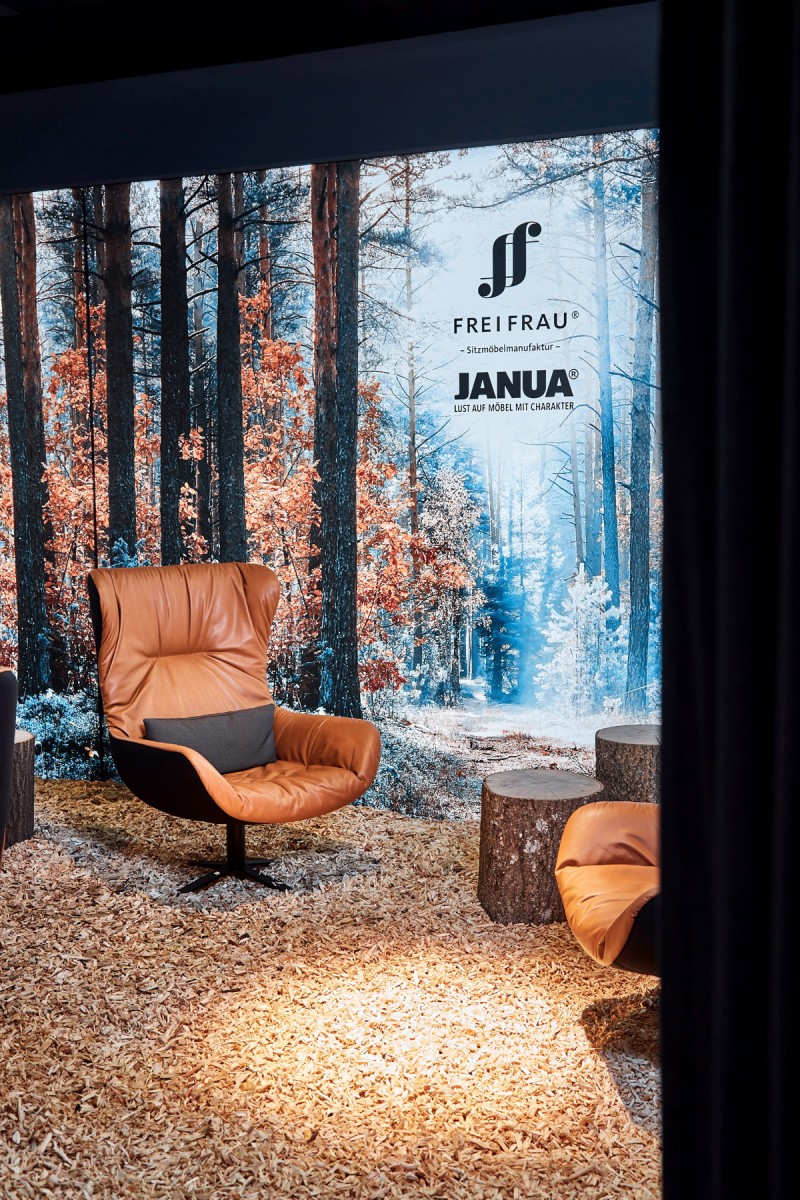 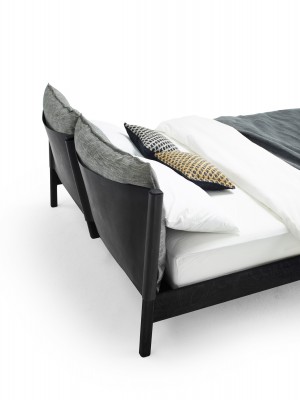 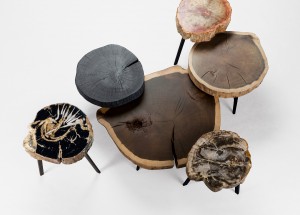